How Free-Range Aviculture and Egg Production create synergies and adds value to advanced, innovative agriculture
​STL principals pioneered “distributed free-range aviculture and egg production” in Bangladesh in the late 1980s.  In doing so, we were able to eliminate all CAPEX associated with containment, as well as roosting and laying structures.   We (management & technology) supplied the initial day-old chicks and nutritionally optimized feed to both layers and broilers on an ad libitum basis. Equity was shared, 30/30/30/10 among providers of capital, management and technology, and suppliers of “free range” as well as simple roosting and laying facility infrastructure and attendant labor. We (capital as well as management and technology) provided the feed.   In parallel, we also ran several large, state-of-the-art captive broiler and layer facilities.  Feed to both captive and free-range poultry was nutritionally optimized and provided ad libitum. Results were stunning.  With aggregate facility CAPEX of free range operations at around 10% of the captive aviculture systems and O&M costs at around 25% (only minor labor costs and only 50% as much feed costs), free range poultry operations were comparable as to productivity and enjoyed a premium pricing advantage of around 75% (sic: free range eggs and free range broilers, which were significantly more yellow/orange than what was delivered by barn-raised poultry brought 1.75x the price of the barn raised output).  Our profitability (net returns per egg and net return per broiler) were approximately 5x what we earned from our conventional barn-raised aviculture. The telling advantage was in the much lower consumption of feed. Free range poultry found around 50% of their feed requirements by “pecking around” within their compounds.

As has been described in the note describing STL Agro Solar operations, 33% of the surface area of STL Agro Solar implementations comprise open space which is underlain with harvested water storage. Tanks are covered liberally with topsoil and seeded with ideal forage plants, as well as plants designed to attract insects. This serves, at one level, to draw pests as well as benign insects away from the encompassing agro-solar greenhouses, but these same insects are than foraged by the free-range poultry.  Roosting and laying facilities are inset under hydroponic operations growing herbs and other non-vine (or tall plant) vegetables and salad makings.
BENEFITS OF STL Free-Range Aviculture and Egg Production​
​ 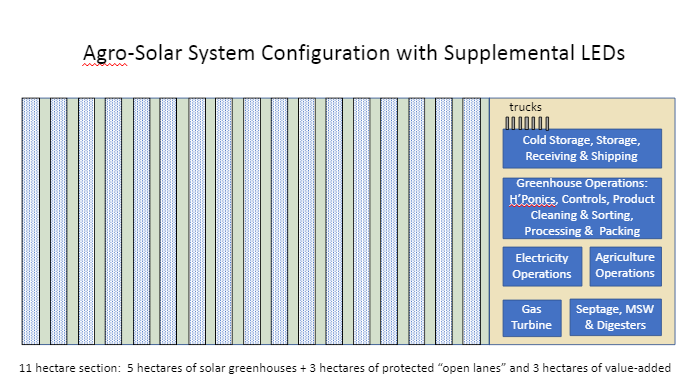 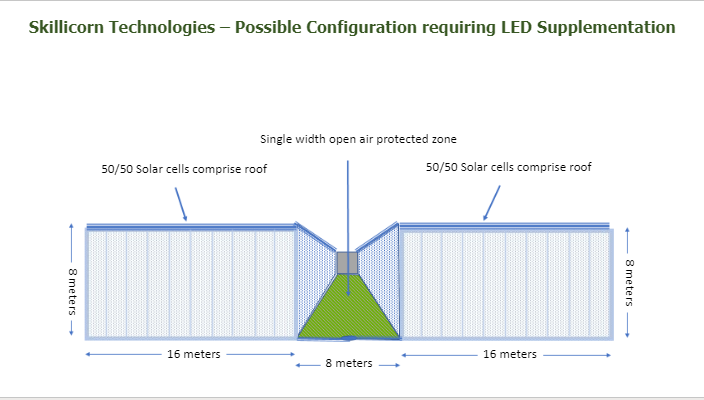